Even though drug therapy for green star is well advanced in modern medicine, in some cases surgical treatment remains the only option. The selection of the procedure used always depends on the individual situation and the underlying cause of the green star.

Selective laser trabeculoplasty (SLT) can be described as “gentle” laser treatment. The aim of the procedure is to lower the intraocular pressure in the glaucoma (open-angle glaucoma). A liquid, the so-called aqueous humor, is produced in the eye. In the chamber angle, which is formed by the iris and cornea, there is the so-called trabecular meshwork, a sponge-like system through which the aqueous humor drains away.

As part of the gentle laser treatment SLT, modifying laser light pulses are emitted in the trabecular meshwork, which mainly affect melanocytes (pigment cells). There is a regeneration process and an increased outflow of aqueous humor, the intraocular pressure drops.

The treatment is painless and side effects are generally not expected. SLT treatment can be used as a supplement or as a replacement for eye drops that lower intraocular pressure. The treatment can be repeated. The SLT is used in particular when the intraocular pressure is not low enough despite the use of medication, medication is poorly tolerated or glaucoma surgery is not desired or does not seem to make sense.

The iStent inject® is the smallest implant that can be used in the human body (0.36 millimeters). The goal is to lower the intraocular pressure in the green star. The stent (implant) is inserted into the trabecular meshwork in the chamber angle, the outflow resistance for the aqueous humor is reduced and an effective reduction in intraocular pressure is achieved.

In many cases, medication that lowers intraocular pressure can be reduced or saved entirely. It is a short, micro-invasive surgical procedure with a high safety profile and very little strain on the patient.

More information about iStent can be found on the Glaukos website. 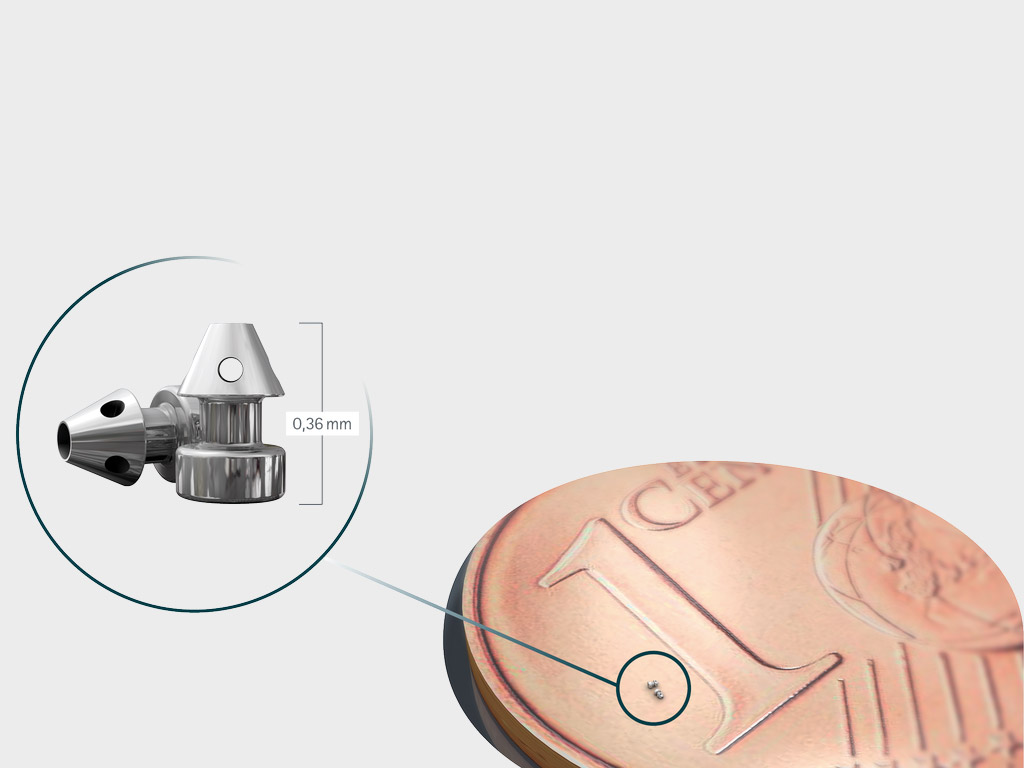 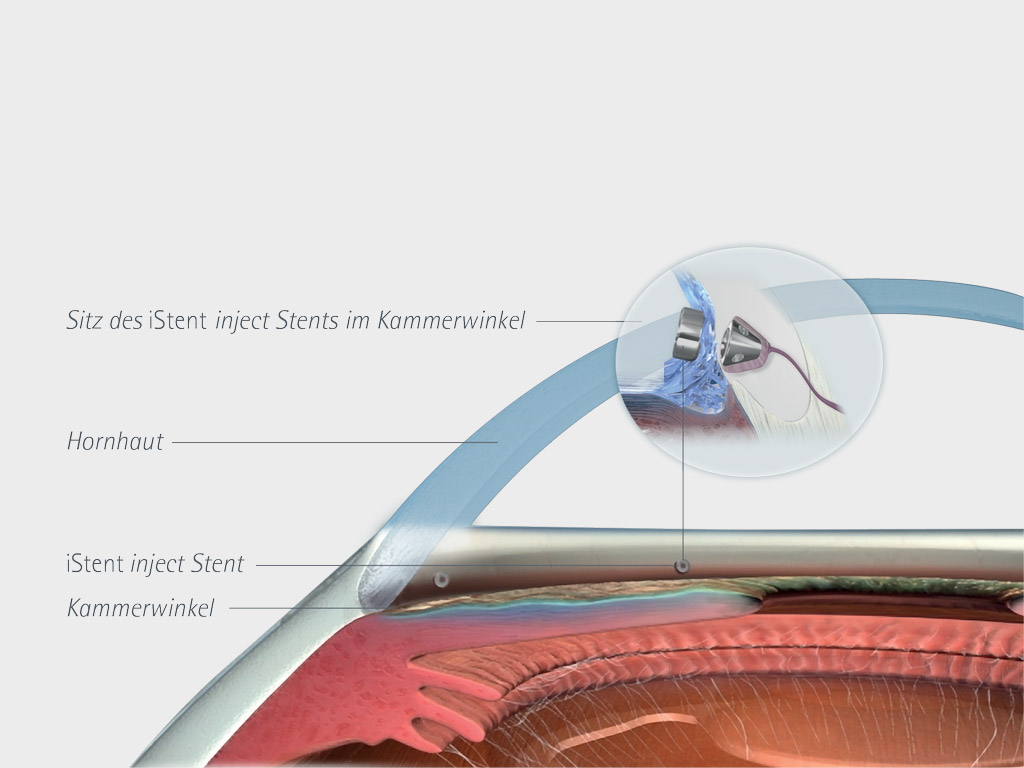 THE XEN IMPLANT: THE SMALLEST DRAINAGE TUBE FOR GLAUCOMA TREATMENT

The XEN glaucoma implant is the smallest drainage tube used when the eye’s natural drainage pathways stop working. This collagen tube is also implanted from the inside under the conjunctiva using self-sealing microcuts from the chamber angle. It lowers eye pressure because the excess aqueous humor from the anterior chamber can flow through the tube under the conjunctiva.

Its effect is comparable to that of a classic trabeculectomy (filtration surgery), but without having to open the conjunctiva. Therefore, the symptoms after the operation are significantly less and the eye heals faster. Implantation is possible on eyes with a natural lens as well as after cataract surgery.

With this method, a drainage channel is placed from the anterior chamber of the eye through the dermis under the conjunctiva. This allows excess eye water to be drained off and the intraocular pressure to be reduced.

This surgical procedure is the gold standard in the treatment of open-angle glaucoma that can no longer be treated with medication.

In iridotomy, a small opening is made in the marginal area of ​​the iris using a laser beam or minimally invasive surgery. This achieves better pressure equalization between the anterior and posterior chambers of the eye and a deepening of the anterior chamber. This therapy is used for very narrow chamber angles and is also used when there is a risk of acute glaucoma by relocating the chamber angle.

In the case of less pronounced forms of the green star, a thread is drawn in a ring into the Schlemm’s canal. The thread is left in the eye and keeps the Schlemm’s canal open by tension. In this way, the intraocular pressure can be reduced without any outward opening procedures.